The benefits of incorporating a Singapore company are numerous.

But the most important benefit from a corporate point of view is the city-state’s attractive tax framework.

Overview of Corporate Taxation in Singapore 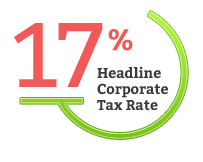 Singapore resident companies are taxed on profits derived in Singapore, as well as on foreign soil, which are then remitted to Singapore. The corporate income tax rate since 2010 has been fixed at 17%. It is calculated on the basis of the company’s chargeable income i.e. taxable revenues less allowable expenses and other allowances.

As regards to the rate itself, while Singapore’s marginal rate is already the third lowest in the world, the effective tax payable comes out to even lower if one takes advantage of all the government incentives, subsidies and schemes.

For instance, through its enhanced Productivity and Innovation Credit (PIC) Scheme, the Singapore government has made it possible for a firm to not pay any Singapore corporate tax even if it earns as much as S$28 million annually.

We detail a few options below.

The eligibility conditions include:

Since 2010, SUTE has been extended to include companies by guarantee. However, the tax exemption scheme for new start-up companies is not extended to investment holding companies and companies engaged in property development activities that are incorporated after February, 2013.

All other companies that do not qualify under the SUTE scheme will be eligible for partial tax exemption.

In 2020, the government announced that all companies will be granted a 25% corporate income tax rebate that is subject to an annual cap of S$15,000.

The list of beneficiaries of this new scheme even include registered business trusts, non-tax resident companies in Singapore, and companies already receiving income taxed at a concessionary tax rate. But it doesn’t apply to the amount of income of a resident company, which is subject to final withholding tax. 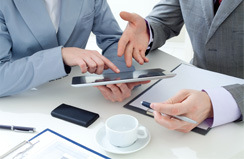 Though, as detailed in Sections 13 (7A) to 13 (11) of the Income Tax Act (ITA) of Singapore, companies can benefit from the foreign sourced income exemption scheme (FSIE).

But, importantly, the exemptions apply only when the headline corporate tax rate in the foreign country from which the income is received is at least 15%, and the income had already been subjected to tax in that particular country.

The third and last qualifying condition to enjoy tax exemption on foreign sourced income is when the Comptroller of Income Tax is satisfied that the exemption would be beneficial to the specified resident taxpayers. 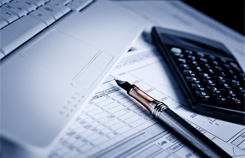 Sometimes, foreign income of a Singapore tax resident company may be subject to taxation twice – once overseas, and then a second time when the income is remitted into Singapore.

For such cases, the Inland Revenue Authority of Singapore (IRAS) has a foreign tax credit (FTC) scheme, which allows the company to claim a credit for the tax paid in the foreign country against the Singapore tax that is payable on the same income.

Under this, two types of credit or relief can be claimed.

Notably, UTC is allowed only when repatriated income is generated by any of the following activities: 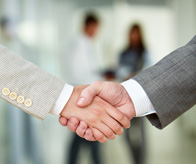 The government, in 2011, also introduced a FTC pooling system to give businesses greater flexibility in their FTC claims, reduce the taxes payable on foreign income, and to simplify tax compliance.

The eligibility conditions were the same as in FSIE i.e. the headline corporate tax rate in the foreign country from which the income is received is at least 15%, and the income had already been subjected to tax in that particular country.

File your corporate tax returns with Singapore Company Incorporation, one of the leading tax agents in Singapore. Our professional taxation specialists will work closely with you to reduce your tax liabilies and maximise tax savings.