You are here: Home / Blog / Why Singapore is Best for Doing Business 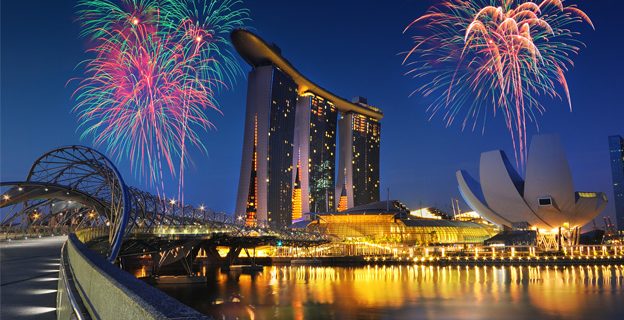 Singapore, in its 50th year of existence as a sovereign nation, has renewed its faith in the country’s internationally applauded business-friendly ecosystem, both for companies as well as individuals, so that the city-state remains an attractive destination to incorporate and promote profitable companies.

Prime Minister Lee Hsien Loong, in his New Year message to Singaporeans, noted that the country’s economy grew at 2.8 percent in 2014; this despite the West and China, major source of Singapore’s revenues, still reeling under economic slowdown.

“SG50 will be a time to look back, give thanks for what we have achieved, and look forward to the future with confidence,” he said.

Well, there are numerous well-founded reasons for the optimism shown by Mr. Lee. Allow us to enumerate a few:

According to the country’s Ministry of Finance (MOF), Singapore’s corporate regulatory policy focuses on “development and facilitation rather than control”.

This has made Singapore the world’s easiest place to do business, as well as one of the busiest ports, leading oil refining and distribution centre, and manufacturing cornerstone for electronic components. While Singapore doesn’t have any oil reserves, it is the world’s largest maker of jack-up rigs used in off-shore oil exploration and drilling. The two home-grown conglomerates – Keppel and SembCorp, command 70 percent of the world market.

As further proof of its success, Singapore is ranked seventh rank in the International Property Rights Index 2013, second [in Asia] in the Global Innovation Index 2013, and the only Asian country in top 10 in the World Economic Forum’s Global Competitiveness report 2013/2014.

To facilitate businesses who wish to make Singapore their home, the country has ensured that IP and copyright laws are robust and in synergy with global laws on IP protection. In fact, the World Intellectual Property Office (WIPO) was so impressed by Singapore’s reliable IP environment that it decided to set up it’s first Asian regional office here in 2009.

The Singapore Government too recently started an initiative called Future Singapore, which is designed to investigate and propose solutions in wellness, ageing, healthcare, urban living, and lifestyle issues. Many emerging nations such as India have expressed their desire to learn urban sustainability solutions from the city-state.

Moreover, when it comes to governance, Singapore is second to none. Transparency International’s Corruption Perceptions Index rates it as the least corrupt Asian country, with one of the lowest crime rates in the world.

While the above are general positives of Singapore, what about its company incorporation advantages? Read on to find out.

No controlled foreign company rules, no capital gains tax or estate tax, and one of the lowest corporate tax rates in the world. Add to it, 75 comprehensive double taxation agreements and 8 limited treaties, and you realise the reasons why some 7,000 multinational companies are based in Singapore.

Near to Emerging Economies

Access to low-cost labour and emerging markets of the nearby regions are additional advantages.

Also, the world’s best airport – Changi International – serves over 80 international airlines connecting people to more than 190 cities in 160 countries daily. Several leading logistics firms such as UPS and FedEx, are also based here ensuring that business connectivity and cross-border trade carries on smoothly.

Notably, while corporate tax is calculated at 17 percent on the basis of the company’s chargeable income i.e. taxable revenues less allowable expenses and other allowances, the effective tax payable comes out to be much lower taking into account various government incentives, subsidies and schemes. These include the Corporate Income Tax rebate, Productivity and Innovation Credit Scheme, tax exemption for start-ups eligible for the Start-up Tax Exemption (SUTE) scheme, and the Foreign-sourced Income Exemption scheme (FSIE).

In Singapore, there are over 123 commercial banks, 154 fund managers and 291 capital markets services license holders. This enables entrepreneurs to raise funds at rates as low as 1 percent per annum. So availability of funding, especially if you have a world-beater idea, is never an issue.

To add to it, the Singapore Government also provides funding to new start-ups and existing companies in Singapore. Examples will include SPRING Singapore offering micro-loan programmes, or programmes such as loan insurance scheme, Start-up Enterprise Development Scheme (SEEDS) and Local Enterprise Finance Scheme (LEFS). There is also an Innovation and Capability Voucher (ICV) scheme that companies can benefit from.

While all businesses in Singapore are required to be registered with Accounting & Corporate Regulatory Authority – the national regulator, an additional requirement for foreign entrepreneurs and companies, which want to incorporate a Singapore subsidiary or a holding company, is to appoint two local agents who may be Singapore citizens, permanent residents, or foreigners with employment or dependent passes.

If you want to hire locals, then the city-state has a decent pool of English-speaking and highly-skilled work force, with more coming out of several world-class local universities year-after-year.

Or else, companies have the option of hiring foreigners, which is relatively easy courtesy Singapore’s open-door immigration policy for decades. Foreigners are allowed to work in Singapore on work visas which may be either work permit, S Pass or an Employment Pass – the preferred route of majority professionals, managerial personnel, and executives.

Singapore also has no labour trouble or strikes, and no minimum wage rules either. Though it must be noted that there are two statutory requirements for employers as regards to their contribution per employee – the Central Provident Fund (CPF) contributions and the Skills Development Levy (SDL),

Your “Home for Business” in Asia!

Envisaged by MOF ten-years ago, Singapore’s future growth depended on “developing a pool of international Singapore companies that anchor their core capabilities in Singapore but reach out to markets in the region and beyond”. And as the last decade has demonstrated, the country has fulfilled its goal of positioning itself in the similar vein.

As manufacturing and services sector shifts to Asia, companies will increasingly turn their attention to the continent. They will scout for opportunities, look for talent, and build networks across the region. This is where Singapore has placed itself; an ideal neutral and stable base for entrepreneurs to leverage their knowledge and IP assets, and drive their company’s growth in Asia.

To quote Singapore’s Economic Development Board, the lead government agency for planning and executing strategies to enhance Singapore’s position as a global business centre, the city-state’s motto of becoming “Home for Business is about deeply rooting companies in Singapore and being their home away from home”.

Incorporate a company in Singapore quickly and easily

Singapore Company Incorporation is the leading force in company registration in Singapore. With a gamut of services including Work Visas & Relocation, Accounting & Taxation, Business Licenses, Company Secretary and Trademark Registration, we are well-positioned to support your business.

Let Us Help You

Common Mistakes to Avoid while Incorporating a Start-up in Singapore

55 Business Ideas to Get You Started as an Entrepreneur

Doing Business in Singapore vs. India