Chat With Us
You are here: Home / Learning Centre / Singapore Corporate & Personal Taxation / Tax Exemptions of Foreign-Sourced Income in Singapore 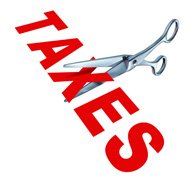 Singapore has a progressive tax framework, which is based on territorial policy. This means that individuals and companies are taxed on incomes generated in the city-state, and on foreign sourced income remitted into the country.

Since 2003, in a bid to increase the country’s attractiveness as a wealth management hub, the government has progressively relaxed the taxation policy on qualifying foreign sourced remitted income.

The Sections 13 (7A) to 13 (11) of the Income Tax Act (ITA) of Singapore specifically deals with tax treatment of foreign sourced income under the foreign-sourced income exemption (FSIE) scheme.

The scheme applies to all Singapore tax resident companies, as well as resident individuals receiving the specified foreign income through a partnership in Singapore.

Notably, foreign individuals and companies who are not residents of Singapore for the purpose of taxation are free to bring in money into their Singapore bank accounts without attracting any tax liability.

What is foreign-sourced income?

Income that does not arise from a trade or business carried out in Singapore is considered as foreign sourced income.

What foreign-sourced income are exempted?

Under Section 13(9) of the Income Tax Act, exemptions under the FSIE scheme are applicable to the following specific categories of foreign sourced income: 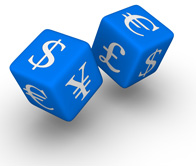 But, importantly, the exemptions apply only when the headline corporate tax rate in the foreign country from which the income is received is at least 15%, and the income had already been subjected to tax in that particular country.

The third and last qualifying condition to enjoy tax exemption on foreign sourced income is when the Comptroller of Income Tax is satisfied that the exemption would be beneficial to the specified resident taxpayers.

Do note, in cases where tax exemption is deemed not beneficial to the resident taxpayers, they can still claim tax relief against double taxation using Section 50 & 50A of the ITA, which has the below provisions:

Avoiding Pitfalls on Tax Exemptions of Foreign-Sourced Income in Singapore

Nowadays, many countries are increasingly giving tax concessions to attract investments. Thus, it may happen that Singapore resident taxpayers may not be paying any foreign income tax. In such cases, will the taxpayer satisfy the “subject to tax” condition?

Yes, in cases where the tax exemption was granted by the foreign country for carrying out substantive business activities within its territory.
These cases, where the incomes are not subjected to tax under some incentive schemes of the foreign source country, are regarded as having met the “subject to tax” condition by the Inland Revenue Authority of Singapore (IRAS).

For foreign sourced service income, the IRAS always determine the “fixed place of operation”, before deciding on the tax exemption. It refers to a place of management, an office, or a certain amount of floor space, with a degree of permanence and regular usage.

Merely leasing an office doesn’t qualify if only auxiliary activities are carried out from the said premises.

Typically, overseas investments are done via setting up a Special Purpose Vehicle (SPV) or an intermediate holding company. This may be because of joint venture situations, segregate businesses or to facilitate future divestment.

But a Singapore tax resident may take this decision with utmost caution, especially if the income generated through such investments is likely to be repatriated to the city-state. This is because many countries, in a bid to encourage foreign investment, doesn’t tax (or tax at a very low rate) such SPVs or intermediate holding companies.

When this income comes to Singapore, it gets taxed at the prevailing corporate tax rate of 17%. There is also no relief for the foreign tax paid by the subsidiaries or associate companies of the intermediate holding company.

The way out is to plan carefully and retain non-exempt foreign income offshore. This can be used to finance future overseas investments.

An important pitfall to avoid is to ensure that tax residency always remains in Singapore as the exemption applies to such cases only.

The IRAS usually takes into account from where the management and control of the company was exercised while deciding the residency of a company and issue a Certificate of Residence (COR).

The meaning of this “control and management” is derived from common law principles— being the directing authority that controls the affairs of a company. It is usually the strategic management and decision-making body such as the Board of Directors.

The factors, which determines if the control and management was indeed carried out from Singapore, include the decision-making body’s power to raise finance and control the company’s bank accounts; approve accounts; appoint those who manage the company’s day-to-day operations; declare dividends; as well as decide on matters relating to mergers/acquisitions/joint ventures.

Also, it is important for getting the COR that the directors live and keep the books and records of the company in Singapore.

Do remember that tax residency of the Singapore branch of a company with its headquarters overseas, will not be in Singapore. Such entities inevitably are treated as a non-resident for Singapore tax purposes and don’t benefit from exemptions.

Another example can be an investment holding company owned by a non-Singapore entity having passive sources of income or receiving only foreign-sourced income. Such entities may find it difficult to convince IRAS of its reasons for setting up operations in the country, and that its control and management is indeed carried out from Singapore.

Foreign and local investors also need to ensure that all anti avoidance laws and transfer pricing regulations are adhered to. It is important because economic substance requirements under anti-avoidance provisions can override and disallow treaty benefits.

Remember, the IRAS take strong exception to the practice of “treaty shopping” or the abuse of Singapore DTAs by businesses with little commercial substance in the city-state.

An example is when investors route their investments into India through Singapore. The perceived benefit is the double taxation avoidance agreement (DTAA) the city-state has with India, according to which the right to levy capital gains is not with India and Singapore has nil capital gains tax. So, in effect, the business entity doesn’t pay taxes in either country.

To stop such attempts, IRAS takes note of the Limitation of Benefit (LoB) clause in the Singapore-India DTA, which restricts the treaty benefits to resident investors which fulfil certain conditions.

Many large companies do what is known as “cash pooling”, where all the excess funds are channeled through the group’s designated central bank before being lent out to entities in need of funding. In such cases, the tax exemption may not apply.

For instance, if a group’s central bank is located in Shanghai, and all its foreign income is remitted directly there, without being first remitted to Singapore, the corresponding income will not enjoy the foreign income exemption in the city-state.

To avoid this pitfall, the investors must route the qualifying foreign income to Singapore first, before channeling it again to an overseas bank account.

File your tax returns with Singapore Company Incorporation, one of the leading tax agents in Singapore. Our professional taxation specialists will work closely with you to reduce your tax liabilies and maximise tax savings.