Information below is for reference only. Kindly note that PIC Scheme has expired as at YA 2018.

The guide details how business entities registered in Singapore can enjoy a 400% tax deductions/ allowances and/or 60% cash payouts for investment in innovation and productivity improvements in any of the six qualifying activities. The tax benefits under PIC are available from years 2011 to 2018. Additionally, from years 2013 to 2015, businesses can also benefit from a PIC Bonus, which is a dollar-for-dollar matching bonus given on top of the existing tax deductions/ allowances and/or the cash payout.

Introduced in Budget 2010, and later enhanced in Budgets 2011, 2012, 2013 and 2014, the PIC scheme encourages businesses to get significant tax deductions or payouts for investments in research and development, innovation, automation and training.

Who is Eligible for the Productivity and Innovation Credit (PIC) Scheme?

In general, all Singapore-registered business entities are eligible for the PIC scheme.

However, to be eligible for the cash payout option, the entity must have at least 3 regular employees with CPF contributions. Such employees do not include sole proprietors, partners under contract of service, and shareholders who are also directors of the company.

Overview of the PIC Scheme As the country embarks on a major productivity drive, the scheme is being implemented for businesses to invest in a broad range of activities along the innovation value chain to improve innovation and productivity from year of assessment (YA) 2011 to YA 2018. The basis period in the scheme refers to the accounting period ending in the year before the YA. For example if a company’s accounting period ends on October 31, the basis period for YA 2014 will be November 1, 2012 – October 31, 2013.

The scheme covers spending on six business activities in the following areas:

Benefits of the PIC Scheme

Businesses can deduct 400% (up to$400,000) of their qualifying expenditure on each of the six qualifying activities from their income. The annual expenditure cap of $400,000 may be combined as follows:

60% Cash Payout under the PIC Scheme

This option is to help small and growing businesses, which are generally faced with cash flow problems. Such businesses have the option of converting their qualifying PIC expenditure into a cash payout to invest in technology or upgrade their operations. This option of cash payout will be from years 2011-2015 and 2016-2018.

Importantly, to be eligible for the cash payout option, businesses must have:

This year onwards, as the Government made some changes in the scheme, to satisfy the condition of three-local employees:

If the above are met, businesses will have the option to convert up to S$100,000 of their qualifying expenditure for all six activities taken together into a cash payout. Thus, maximum cash payout will be:

How to Apply for the PIC Scheme

While businesses can claim the 400% tax deductions/allowance while filing the tax returns (the due date is April 15 for sole-proprietorships and partnerships, and November 30 for companies), those applying for the cash payout must complete and submit the PIC Cash Payout Application Form directly to IRAS. 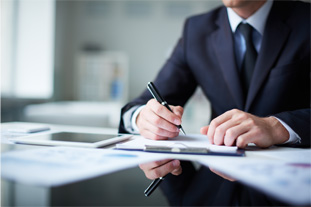 This can be done any time after the end of your business’ accounting year in which the qualifying expenditure is incurred but no later than the filing deadline of your business’s income tax return.

The Authority says that for YAs 2013 to 2018, businesses can opt for cash payout on a quarterly basis any time after the end of each financial quarter but no later than the filing deadline of the business’ income tax return.

Additionally, businesses claiming cash payout on PIC IT and Automation Equipment acquired under a hire-purchase agreement for YAs 2013 to 2015, must also complete the Hire-Purchase Template.

The Authority generally makes the cash payout within three months of receipt of the properly completed application form, relevant annexes and hire-purchase template.

Few examples of qualifying expenditure under the IT and Automation Equipment clause:

This option is to help business entities in their cash flow problems and investments in productivity by giving them an option to defer tax payable for YAs 2011 to 2014. But the amount that can be deferred is capped at S$100,000 and is computed based on: 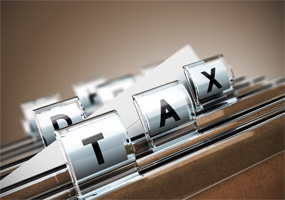 Businesses opting for the tax deferral option must complete and submit the PIC Tax Deferral Form directly to Inland Revenue Authority of Singapore (IRAS) before the end of the financial year. As this option will be phased out after 2014, businesses that invest in PIC activities in YA 2014 can immediately defer their YA 2014 tax payable.

The Authority will process the application within 30 days after receiving the completed form and the business will be informed on the amount of tax that can be deferred. If you have already paid the assessed tax, a tax refund will be made.

Abuse of the PIC Scheme

Taking note of the abuse of PIC by some businesses in Singapore, IRAS informs, “Offenders convicted of PIC fraud will have to pay a penalty of up to four times the amount of cash payout fraudulently obtained, and a fine of up to $50,000 and/or imprisonment of up to five years. This includes any person who wilfully assist another person to obtain a cash payout or PIC bonus which he is not entitled to.”

The Authority adds, “This implies that there is no genuine business need for the equipment and that it was purchased merely to get the PIC benefit. This is not acceptable. Do note that, even if the claim is approved, IRAS may, within the next 5 years, check and ask for records to prove that the equipment was indeed installed and used by you and payment was made. You will have to refund the PIC benefit if you are not able to produce sufficient records to prove the above. Penalties may apply.”

In summary, IRAS considers a PIC arrangement to be abusive if:

Productivity and Innovation Credit for Investments in Design (PIC For Design)

This is introduced to encourage pervasive and continuous design innovation in companies in Singapore. But to be eligible, the design project:

This was introduced for businesses investing beyond the expenditure cap for PIC. But to be eligible, businesses must have:

The scheme covers expenditure incurred for YAs 2015 to 2018, and all six PIC qualifying activities are included. In the plus scheme, businesses can get up to 400% tax deductions or allowances on up to S$600,000 of their expenditure per year. (instead of just $400,000 in PIC)

IRAS says that the annual expenditure cap of S$600,000 per qualifying activity may be combined as follows:

From years 2013 to 2015, businesses can also benefit from a PIC Bonus, which is a dollar-for-dollar matching cash bonus given on top of the existing tax deductions/ allowances and/or the cash payout, subject to an overall cap of $15,000 for all 3 YAs combined. This is to help businesses defray rising operating costs such as wages and rentals, and is determined by the amount of expenditure businesses incur on PIC qualifying activities. Thus, to enjoy the PIC Bonus, businesses must have made a claim for the 400% tax deductions/allowances and/or the PIC cash payout.

Do note that the PIC Bonus is taxable and it is taxed in the YA relating to the year of receipt. For example, PIC Bonus received in the financial year ending in 2013 will be taxed in YA 2014.

Interestingly, businesses do not need to apply for the PIC Bonus. IRAS will compute the amount of PIC Bonus for each YA upon filing of the income tax return and most businesses will receive the bonus within three months from filing their tax return.

To be eligible for the bonus, businesses must have:

Summary of the PIC Scheme

File your PIC claims with Singapore Company Incorporation, the leading corporate services provider in Singapore. Our specialists will attend to every step of your application thoroughly.