You are here: Home / Blog / SEBI Targeting Start-up Listings with Easing of Rules

The Securities and Exchange Board of India (SEBI) announced a new trading platform for start-ups. What does this mean for companies and investors in India?

Traditionally, local Indian start-ups have looked toward alternatives rather than entertain the tedious and complicated process of attempting to publicly list on SEBI. In the past, major Indian technology start-ups like Redbus, Myntra and Bookpad exited by entering into merger and acquisition deals with large companies. Others registered their parent companies in Singapore, New York or Hong Kong due to easier listing rules and easier exits offered to private capital. However, that could now change with the new announcement by India’s regulating body.

India’s capital market regulator, SEBI, announced late last month changes to its framework in a bid to attract more start-ups to list in India. This is in line with the increased optimistic investor sentiment ever since the NDA government led by Prime Minister Narendra Modi took over in 2014.

The changes have been planned for the past few months as India’s government aims to provide a funding culture that reflects the booming entrepreneurship scene in the country and attempt to plug the nation’s “brain drain” as promising young entrepreneurs in India choose to explore offshore markets to raise capital instead of growing their businesses in India.

What does this mean for my start-up?

Hi-tech start-ups will be able to take opportunity to sell their holdings through initial share sales after SEBI announced that they can list in India on the institutional trading platform (ITP) of exchanges. At least 25% of their pre-issue capital is required to be held by qualified institutional buyers (QIBs), such as private equity and venture capital firms and non-banking financial companies. Start-ups in other industries can also opt to get listed on the platform, provided at least 50% of their pre-issue capital is held by QIBs. With lower barriers of entry, start-ups will find it easier to get onto the ITP, but prevailing market sentiment and the start-up’s capability to achieve sufficient market reach will ultimately determine its success on the ITP.

Existing rules mandate a lock-in period of three years for (pre-IPO) shareholders holding more than 20% and one year for all other investors. The revised rules for start-ups will reduce the lock-in period to only six months for all categories of pre-IPO shareholders. The new platform for start-ups will also reserve 75% of the shares for institutional investors while the remaining 25% will be available for non-institutional investors (NIIs).

SEBI also stated “As the standard valuation parameters such as price to earnings, earnings per share and so on may not be relevant in case of many of such companies, the basis of issue price may include other disclosures, except projections, as deemed fit by the issuers,” providing start-ups with more leeway in disclosure.

Start-ups will also have the option to migrate to India’s stock exchange main board after three years provided they meet the existing eligibility requirements of stock exchanges. Alternatively, after three years of listing on the ITP, the start-ups can list themselves on the SME exchange and thereafter graduate to the main board in two years – provided they have a paid-up capital of Rs10 crore – even if they continue to make losses. 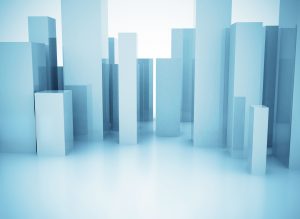 Comparatively however, it is arguable that these initiatives and changes are insufficient to help start-ups with their funding needs; and the potential prospect of listing on the ITP may not be sufficient to convince Indian entrepreneurs to remain on home soil. For example, countries such as Singapore have many venture capitalist firms and business incubators that provide resources, business networks and funds to start-ups; while the Micro-Loan Programme led by Spring Singapore allows start-ups to borrow up to S$100,000, without the necessity for extensive documentation to be provided. In addition, there are a slew of tax incentives that start-ups can benefit from.

These initiatives allow start-ups easy access to funding from the onset, as the availability of funds can be a key determining factor in a start-up’s success or failure. Hence, more changes may be needed in India’s start-up scene before it can nurture more successful start-ups. Fundamental hurdles in India’s current system include:-

Indeed, initial funding during the start-up’s early stages may prove to be more essential and a greater draw than the prospect of listing. Mr Eric Ong, OCBC’s Head of Emerging Business noted, “On average, more than 50,000 new businesses are set up every year, of which only half will survive beyond five years. […] This is when funding is most critical as, without the necessary resources, their growth potential could be hampered.”

The rules also state that no person (individually or collectively with people acting in concert) in such a company will be allowed to hold more than 25% of the post-issue share capital in a start-up.

SEBI has also widened the definition of QIBs to include non-banking financial companies and family offices or trusts and other entities that register themselves as alternative investment funds. 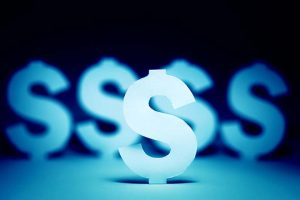 SEBI proposed that any investing entity registered with SEBI with a minimum net worth of Rs.500 crore may also be considered as a QIB for investing in shares of start-ups. There is a minimum investment of Rs.10 lakh at the time of the IPO and while trading on the ITP.

The minimum number of allottees in a public offer by a start-up has to be 200.

What impact will this have on the industry?

The move has been met with much fanfare since it has been announced and could not come at a more opportune time. The country is in the midst of an e-commerce boom and analysts predict the market will grow by 10 times to $50 billion by 2020. SEBI quoted that 3,100 start-ups have already received funding through their platform and that number is expected to exponentially increase with the recent rule changes.

The move is unlikely to keep India’s multi-billion dollar start-ups from listing in other markets or directly on the main board. Snapdeal, the second largest e-commerce site in India, announced that they plan to proceed with plans to list on the United States stock exchange. The company was founded in 2010 and is currently valued between S$6 billion to S$9 billion based on recent funding efforts.

Paytm, a mobile commerce company recently valued at S$3 billion, has also been quoted in a report mentioning that the changes are not enough for the fast-growing companies in the industry, and the appeal of international stock markets remain attractive. 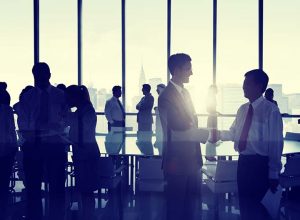 Moreover, the focus of successful start-ups may no longer entirely be on funding, particularly if they are turning profits and already self-sustaining. Instead, other factors such as how they can best expand to the region, availability of resources and reliable infrastructure, may be the most essential “push” factors that the Indian government may need to address. For example, the Singapore government has strong diplomatic ties throughout the region, which has led to the establishment of tax treaties with many countries in Asia and beyond. On the other hand, India’s tenuous relationship with huge markets such as China is in itself a barrier and could potentially hamper growth.

The ITP also remains questionable as a platform for non-tech companies. The definition of what constitutes a tech start-up remains murky and the platform may not seem as enticing to start-ups with more traditional growth strategies.

It remains to be seen how investors will perceive the new platform. The ITP will see many young start-ups, usually still making losses, use the platform as a channel to dilute their stake and raise money. With their business model still suspect, it will be a challenge for investors to be confident in their returns of investment.

Expanding Your Indian Startup in Singapore

13 Startup Schemes and Grants in Singapore