Chat With Us
You are here: Home / Blog / Quality over Quantity – Revised Immigration Policy in Singapore

Naturally then, three key aspects – human resource, infrastructure and business friendly incentives, have been at the core of Singapore’s government policies. No doubt, while each key aspect has gradually evolved alongside rapid global digitalisation, its human resource policies have impacted its citizens the most. With the Singapore general elections coming up this year, we look at how the revised Immigration Policy in Singapore is undergoing the most significant changes in the last decade; and its potential impacts on Singapore’s economy.

The Challenge of Preparing the Workforce for New Industries

Traditionally, Singapore’s government has place a strong emphasis on building a solid curriculum, providing sufficient funding and has invested heavily in facilities, infrastructure and teachers for schools, thus ensuring that they are easily accessible to students from all ages and income groups.

As a result, Singapore has been able to repeatedly distinguish itself internationally, in terms of the quality of its education, with Singapore students routinely emerging at the top of international examination rankings. Globally, the country is ranked third in education rankings; with one of its core feats being that Singapore’s students who took the International Baccalaureate topped global rankings for the fourth consecutive year, with an average score of 36.53 points as compared to the global average of 29.95 points.

For adults who wish to pursue further education, they will also find that a world-class education is readily available, as Singapore’s universities and tertiary institutions are staffed with extremely experienced professors and qualified guest speakers. Speaking from her own experience, journalist Ms Francesca Segre noted that her education in the National University of Singapore (“NUS”) included top-notch guest speakers such as former U.K. Prime Minister Tony Blair, Pulitzer Prize winner and New York Times columnist Thomas Friedman.

That said, this traditional structure is now no longer sufficient to keep up with how quickly digitalisation and new technologies are impacting the economy. As newly appointed labour chief Chan Chun Sing noted, day by day, new industries were “mushrooming and creating jobs, (but these industries) require new and higher-level skills which are not produced quickly enough”.

Indeed, even as interactive digital media and technology is employed in the education sector to equip students with essential skills to be effective in the globalised, digital workplace of the future through initiatives such as FutureSchools@Singapore, which is led by the Info-communications Development Authority of Singapore (“IDA”), it is undeniable that these measures have not been implemented quickly enough to cope with the speed at which new technologies have evolved and changed the playing field.

Listening to its Citizen’s Concerns

With few natural landmarks and only human resource to depend on, Singapore has in the past, relied heavily on foreign talent to supplement its local workforce. However, while this has provided companies with an ample source of labour, it has also unfortunately resulted in several undesirable side effects that have caused citizens much concern.

Poor Incentive for Employers to Invest in Skills Upgrading

With the large availability of choices for employers in the labour market, the tendency for employers is to focus on employees who already have the skillset required, rather than spend time and effort to train the employee.

As such, there has been little incentive for employers to focus on their existing workforce as it may be cost effective to replace existing staffs when their skillsets are no longer deemed “current” or “relevant”. With the needs of the market economy evolving rapidly, this resulted in many mid-career professionals finding themselves at a loss.

In response, the Singapore Workforce Development Agency (“WDA”) has launched several career conversion courses under its Professional Conversion Programme, which has assisted more than 3,000 professionals, managers and executives switch careers. In addition, other government initiatives such as SkillsFuture have been launched. That said, reliance on government-led initiatives and programmes is unsustainable if employers continue to choose the cheaper option of hiring new employees over re-training or upgrading their own employees.

Stagnating Quality of the Workforce

With little incentive for employers to invest in skills upgrading of the workforce, it has been inevitable that the overall quality of the local workforce has stagnated. While there is still a fair supply for skilled employees in traditional industries such as medicine, law, banking etc., the bulk of the current workforce, as pointed out by labour chief Chan Chun Sing, has not sufficiently developed their capabilities in new technologies.

Eventually, the use of new technologies will spread even to traditional industries – for example, the banking sector has already aggressively launched digital marketing campaigns to reach out to the younger generation of customers. Hence, the workforce has to evolve in tandem with the changing needs of the market economy, in order to stay globally competitive.

Naturally, as employers begin to realise that the local workforce is not adequately equipped with the skillsets that they need, they may gravitate to other countries instead. In order to stem the flow of investment and economic activities out of Singapore, it is crucial to ensure that the workforce possesses the necessary skills. 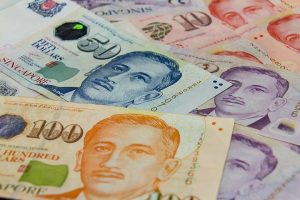 Undoubtedly, one of the key issues voiced by citizens in the past few years has been the downward pressure on salaries that bringing in foreign talent results in. Given that the standard of living in Singapore is significantly higher as compared to its neighbouring peers, it is understandable that foreign talent from these countries are more willing to accept a lower remuneration package. While this is beneficial for employers as they are able to keep costs low, it also puts local talent at a disadvantage, particularly the low-income and middle-income groups.

In response to the growing concerns surrounding this phenomenon, the government has implemented several measures, such as the Fair Consideration Framework (“FCF”), which encourages employers to consider more local applicants. In addition, the Ministry of Manpower (“MOM”) has introduced stricter requirements, such as a higher minimum salary for work pass holders; and a more stringent review of the qualifications submitted by potential applicants.

Of all the categories of work passes, the EP holders have been impacted the most. EP holders are generally defined as professionals who work in a managerial, executive or specialised job; and hold at least a good university degree, professional qualifications or possess specialist skills. Hence, this group of workers are seen to be competing directly with local fresh graduates or mid-level executives for job opportunities.
In response to Non-Constituency MP Gerald Giam’s query on how MOM conducted its review of the qualifications of S Passes and EPs, Minister Lim highlighted that MOM’s review process was targeted at sieving out applicants who had submitted fake or sub-standard qualifications. This was in response to the worrying popularity of “degree mills”. MOM’s checks based on global and country rankings, as well as enrolment standards.

Indeed, such degree mills have come under heavy criticism of late, with even government bodies falling victim. In April 2015, IDA, was widely criticised by local citizens for allegedly hiring an employee whose master’s degree was allegedly obtained from a degree mill that had been forcibly closed in the United States by a court order.

MOM has also raised the minimum salary requirement for potential EP holders, to a monthly wage of at least S$3,600 (effective 1 January 2017). In addition, under the FCF, employers will be obliged to advertise job vacancies on the electronic Jobs Bank portal for 14 calendar days, before submitting an application for an EP. However, in recognition that these measures have created a shortage of manpower, which is difficult for some companies to cope with, the Singapore government has allowed companies that fulfil the following requirements to be exempt from the requirement:

Lastly, in acknowledgement of the growing foreign population that local citizens are increasingly concerned about, the Singapore government has also revised its minimum requirements for dependents (family members, spouses and children) of EP holders upwards.

With effect from 1 September 2015, the minimum salary criteria for EP holders who wish to bring their dependents have been raised from S$4,000 to S$5,000. This would mean that EP holders will be more incentivised to seek competitive remuneration packages; and existing EP holders are less likely to job-hop, as each time they do so, their EP needs to be re-applied for; and this will affect the status of their dependents as well.

Eliminate the stress from your Singapore work pass application

Engage us for immigration, recruitment and work visa services and liaise with a dedicated specialist who will attend to every step of your application thoroughly.

Raising the Bar for the Labour Market

The Benefits of Being a Singapore Permanent Resident